Being the story of a bird, not to be

confused by one told by or to a bird… 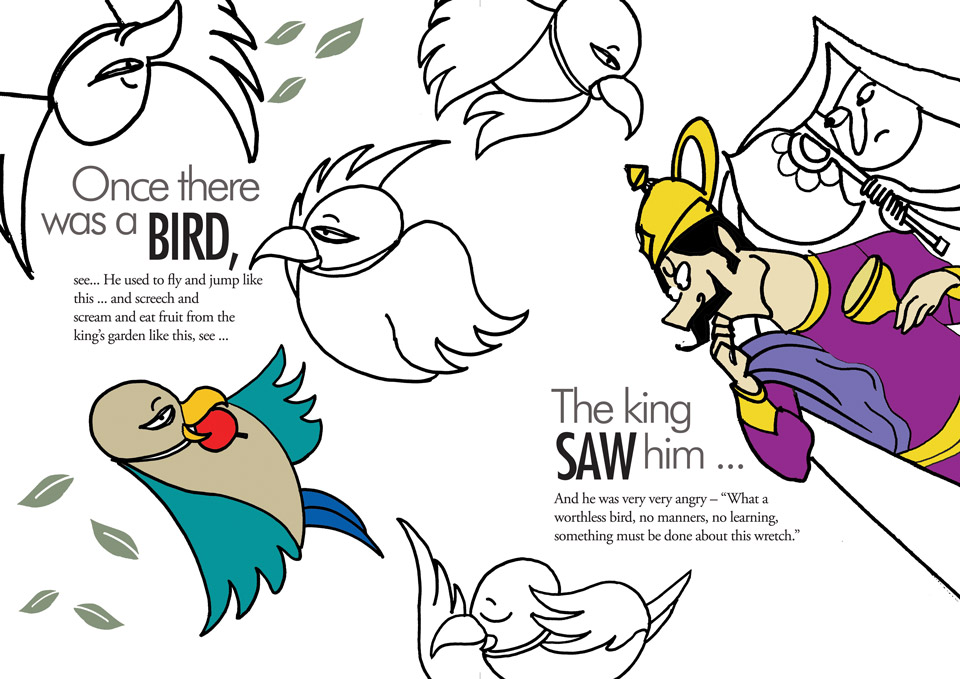 In 1918, Sabuj Patra, a Bengali magazine first published a short story – Tota Kahini – written by Rabindranath Tagore. It was also known as ‘The Parrot’s Tale’ or ‘The Parrot’s Training.’

I was studying graphic narratives as a part of a comic elective at the National Institute of Design, Ahmedabad when I first came across it. It was just a few paragraphs of text in Bengali. I got one of my classmates to translate the words for me, and sat down with it.

The poem is a metaphorical story about a king who wishes to teach a carefree parrot about traditions and customs while failing to understand that they do not mean anything to the parrot and that parrot just wants to fly around, eat fruit from the orchard, sing songs and be free.

Raw, simple and to the point, the story, is a satirical take on the then prevalent education system of India influenced by the British Colonials.  This is how I visualised it.

Buy The Parrot's Tale on Amazon